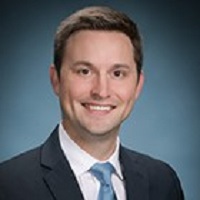 Originally from Cleveland, Tennessee, Dr. Mundy attended Lee University where he received a B.S. degree in Biology with a pre-medical emphasis. He went on to study medicine at the University of Tennessee Health Science Center in Memphis, Tennessee.  After completion of medical training, he moved to Columbus, Ohio where he completed his intern year at Riverside Methodist Hospital in general surgery followed by a year dedicated to Pediatric Orthopedic research at Nationwide Children’s hospital where he had numerous publications and presentations.  He then transitioned to an orthopaedic surgery residency at The Ohio State University Wexner Medical Center in Columbus, Ohio.  Once residency was completed, he briefly practiced as a General Orthopedist in Ohio and then elected to complete a fellowship in orthopedic sports medicine at the prestigious American Sports Medicine Institute (ASMI) in Birmingham, Alabama under the leadership of Drs. Andrews, Cain, Dugas, and Emblom.

While in fellowship at Andrews Sports Medicine in Birmingham, Alabama, he provided care for local high school and college athletes.  He served as the orthopedic team physician for The University of West Alabama, providing care to athletes across all sports.  He also served and provided team coverage for the University of Alabama athletics, including the 2021 NCAA National Championship Football team.  In addition to his collegiate responsibilities, he was involved in the care of numerous professional athletes across the MLB, NFL, and NBA, as well as, locally providing care for athletes with U.S.A. Gymnastics, the Alabama Ballet, and the Chicago White Sox AA-Affiliate, the Birmingham Barons.

Dr. Mundy is excited to serve the greater Sarasota area alongside his wife, Nicole, and two children, Landon and Leia.  He enjoys travel and participates in numerous recreational sports, with a passion for baseball, golf, and football.